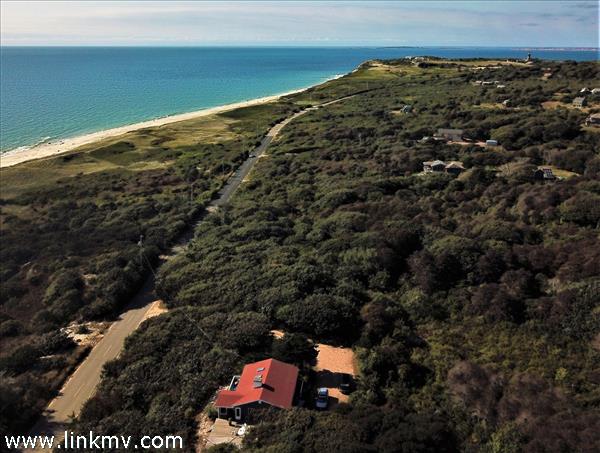 AQUINNAH, also known by its former name Gay Head, is the site of the most dramatic natural phenomenon on Martha’s Vineyard – the Gay Head Cliffs. The western portion of Martha’s Vineyard is marked by boulders, sand and clay deposits from the glacier. But nothing is more dramatic than the colorful cliffs of clay at Aquinnah (Gay Head).

The cliffs are open for public viewing, from a high point near the Gay Head Lighthouse. From this vantage point, there is water on three sides, and Noman’s Land can be seen to the south and the Elizabeth Islands (both parts of Dukes County, but mostly unoccupied) are on the opposite horizon. The view from here of the cliffs and the lighthouse is breathtaking. Equally impressive, though, is to follow a boardwalk down to the ocean, where there are a public swimming beach and a view of the cliffs from below.